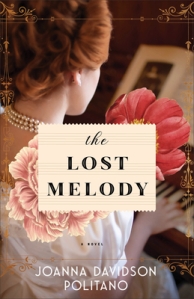 “The Lost Melody” is quite unlike any other book I have ever read, mostly due to the fact it takes place almost exclusively in the setting of the Hurstwell Pauper Lunatic Asylum.

As usual for Joanna Davidson Politano, “The Lost Melody” is written in a  beautifully poetic style, with many thoughts and insights that are truly thought-provoking and intuitive.  Within just the first few chapters I began to get some distinctly Jane Eyre vibes from this novel, and it continued on throughout much of the story.  Plus, there is the usual mystery, intrigue, romance, and twisting, turning, spinning storyline that I’ve come to expect from this author.  I had several ideas as to how it would end, but it turned out to be none of them.  Not once did I guess correctly on how the mystery aspect of “The Lost Melody” would conclude.  I believe that is a sign of a very well-done novel.  Plus, readers of “A Midnight Dance” will appreciate a clever tie-in between these two books.

I must say that the ending of this book is truly beautiful, as hope wins out against the despair that reigned over many of the characters for so long.  But to get to the ending, readers will travel through some difficult storylines and themes, and it does even feel dark at times.  I will say that it is perhaps not as dark as some readers may be fearful of, considering the topic of an olden days asylum.  In my opinion, there wasn’t any terribly upsetting scenes, and certainly nothing graphic.  But the despair and sometimes extreme mental illness described among the residents can be hard to read.  The story also portrays the lack of understanding of mental struggles during this time period, and therefore a lack of compassion towards the people who found themselves as patients in an asylum.

As a musician myself, I found the music and music therapy aspects of this book absolutely beautiful and riveting.  It truly made me think about music in a deeper way, and realize more fully what an incredible gift, and even necessity, music is to humanity.

In the end, do I recommend this novel?  Yes, I do for the right readership.  I will be honest, my heart and mind need a much lighter read after finishing this book.  But novels like this certainly have a good and beautiful purpose in the world that I both respect and admire.

I received this book courtesy of Revell Publishing, in participation with a Revell Reads Blog Tour.  All opinions expressed in this review are my own. 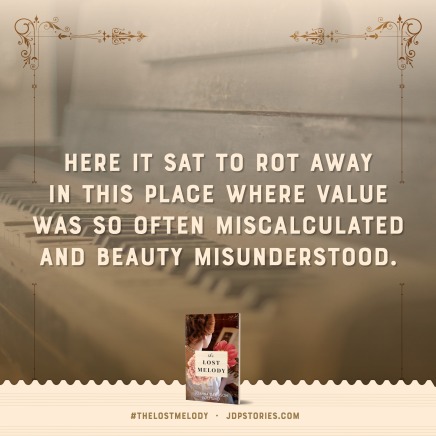 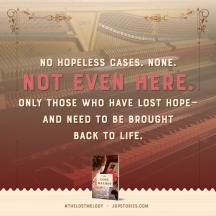 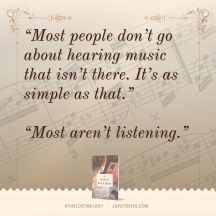