April 7th has been set aside by the United Nations as the Day of Remembrance of the Victims of the Rwandan Genocide.  To commemorate this important day, please join us, and Compassion Canada, in recognizing the incredible reconciliation that has taken place in this nation, through the grace of Jesus and the power of forgiveness.

It’s been 25 years since the 1994 genocide against the Tutsi, and though time has passed, the people of Rwanda will never be the same. The genocide was started in April of 1994 by Hutu nationalists in the capital of Kigali. For 100 days, Hutu militias took up arms against the Tutsis. More than 800,000 people were slaughtered during those 100 days. The people of Rwanda will always carry with them the deep loss and scars the genocide left behind.

But, love has since been on the move.

In addition to sharing about these three powerful stories of Rwandan youth who are moving forward in forgiveness after the terrible repercussions of the genocide, we were given the opportunity to share in an interview between Mikayla Stroeder of Graf-Martin Communications, and Allison Alley, President Elect of Compassion Canada.

Interview between Mikayla and Allison

END_OF_DOCUMENT_TOKEN_TO_BE_REPLACED 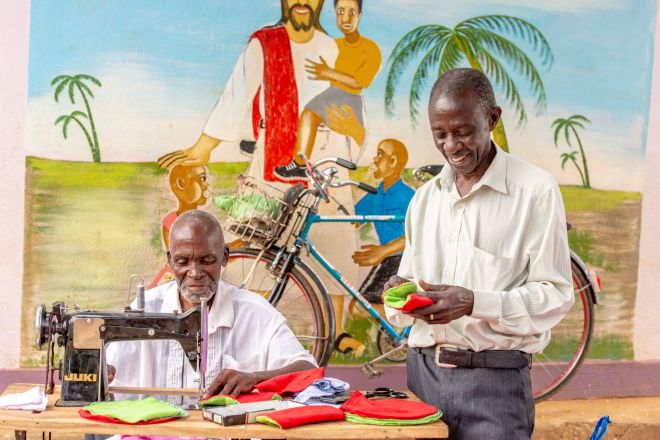 Today, October 11th, is the International Day of the Girl.  Have you heard of it before?  If not, click here to read a post we shared earlier this week and learn more about what this day commemorates.

To follow up and dig a little deeper into the special project we discussed in this post, we are honored to share the following interview with Misty Ropp, spokesperson for Compassion Canada.  Enjoy this insider’s peek into the inspiring story of a project helping girls in Uganda, and learn how we can become more involved in this Compassion Canada project and others like it.

(Many thanks to Mikayla from Graf-Martin Communications for giving us the opportunity to get involved and share about this project, and for providing this excellent interview with Misty Ropp).

END_OF_DOCUMENT_TOKEN_TO_BE_REPLACED

Happy Thanksgiving, fellow Canadians! Most of us celebrate this long weekend and dedicate it to giving thanks for the many blessings we receive each day, but did you know there is another special day to celebrate this week?

Thursday, October 11th is the International Day of the Girl. As Mikayla from Graf-Martin Communications explains, this is “a day established by United Nations General Assembly, dedicated to highlighting the unique needs and challenges girls face, specifically in developing countries.”

As part of the celebration for International Day of the Girl, Compassion Canada is sharing about a special project that is both inspiring and humbling at the same time. Please read the story below, and let the important work being done with this project touch your heart, and remind us to share God’s love and compassion to help girls (and boys!) grow into all their Heavenly Father intends for them. END_OF_DOCUMENT_TOKEN_TO_BE_REPLACED

I love this post by Tracy at Prairie Sky Natural Healing… And it fits right in here at Prairie Sky Book Reviews! Check it out, and feel free to share your thoughts in the comments below. 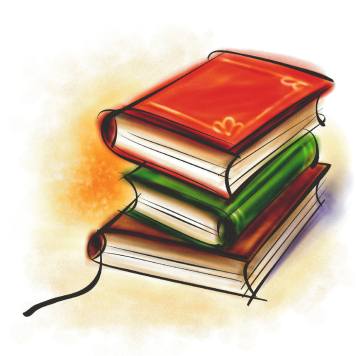 Hello my dear friends, how is everyone doing after a busy summer? Today (and always), I’m excited about books. My two girls and I LOVE books. We are very big readers, and are always having a conversation about a book (or books) we’re reading. Lately I’ve been reading/studying mostly non-fiction…animal communication, energy healing, medical intuition, meditation, and the list goes on. My girls have finally won their campaign to get me to read a fiction book. I’m loving it. It’s a historical fiction, one of my favorite genres. I forgot what it was like to get lost in a book! Oh it’s so much fun! I leave the worries of my day and enter a wonderful story. As it’s getting cooler outside, and the daylight hours are shorter, we also tend to watch a few more movies too. This past weekend we pulled out The Sound of Music—it’s such a…

I am excited to share with you about a special project that I am honored to be a part of. . .  I was accepted as part of the launch team for a very, very precious book that I truly believe will transform the lives of women all over the world.  Just what is the special book?  It is “Dreaming with God: A Bold Call to Step Out and Follow God’s Lead” by Sarah Beth Marr.

While I am not quite ready to write a review for this book just yet (because I just began reading a few days ago) in  the meantime I would love to share with you a few of my favorite quotes, some basic information about the book, and the lovely book trailer that will definitely convince you to read pre-order this gem so that you can start “Dreaming with God”, too!  END_OF_DOCUMENT_TOKEN_TO_BE_REPLACED

Recently Stephanie from Graf-Martin Communications and the Nuts About Books program shared a video and a question with bloggers in the monthly newsletter.  First, here is the video by Jocelyn Green, author of “The Mark of the King” (read my review for this book here).  Isn’t it a delight?!

END_OF_DOCUMENT_TOKEN_TO_BE_REPLACED

It’s shoebox-packing time!  Operation Christmas Child’s National Collection Week is November 14th – 20th…  Below is a picture of a couple of the shoeboxes we packed this year, and we can’t encourage you enough to get involved as well.  As Samaritan’s Purse explains: END_OF_DOCUMENT_TOKEN_TO_BE_REPLACED

Can you believe it’s already November 7th?  Is it “beginning to look a lot like Christmas” where you live?  Where I live, it only looks like a chilly, cloudy, and very windy day, with no snow in sight…  But regardless, Christmas is just around the corner and so is an annual tradition in our house – packing shoeboxes for Operation Christmas Child!  People in Canada and around the world have been packing shoeboxes for many years, and perhaps this is the year you could give it a try, too!  Please see the video and document below for more information on how to get started. END_OF_DOCUMENT_TOKEN_TO_BE_REPLACED

Please scroll down for updated information…

As most of you reading this probably know, at Prairie Sky Book Reviews we are HUGE fans of all things related to Janette Oke, When Calls the Heart, and Love Comes Softly.  Earlier this year we were thrilled to hear the Hallmark Channel announcement for a forthcoming Season 3 of the When Calls

the Heart television series in 2016, with a special Christmas movie to air in December.  With that announcement we have been wondering, will Janette Oke and her daughter, Laurel Oke Logan, release a third installment of the Return to the Canadian West series?  For the previous two years, each time

a new television season was released, a book announcement for Where Courage Calls and then Where Trust Lies soon followed.  So it only makes sense…

Well…  Today we have the answer!  The third book in the series will be entitled Where Hope Prevails, and is scheduled to release in August of next year.  I know, that’s a long time to wait, but isn’t it exciting that our beloved author is still writing, and producing stories for us all to enjoy?  Here is the info about the book, as found on GoodReads:

When Beth Thatcher returns to Coal Valley, she has much to be excited about. She anticipates Jarrick’s proposal of marriage and perhaps a spring wedding. The mine is expanding, and there are more schoolchildren than ever.
But the town’s rapid growth brings many challenges. A second teacher is assigned, and Beth finds herself going head-to-head with a very different philosophy of education–one that dismisses religion and rejects God. Fearful for the children who sit under the influence of Robert Harris Hughes, Beth struggles to know how to respond.
At the same time, Beth wonders if Jarrick is considering a position at her father’s company simply for her sake. Should she admit her feelings on the matter? Or keep silent and allow Jarrick to make up his own mind?

Unfortunately no cover images have yet been released, but stay tuned for updates!  Click HERE to visit the GoodReads page for Where Hope Prevails. 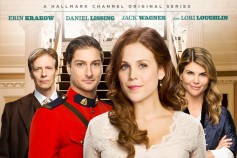 A cover photo of Where Hope Prevails has been released, and it is my favorite in the trilogy!  What to YOU think?  Isn’t her dress lovely, and wouldn’t it be delightful if Elizabeth in the show wore something similar…?

If you read the description for this book here, it also gives a little bit more information…

Happily it mentions that the book is a TV tie-in, so we can keep our hopes up that the book and upcoming season 3 of our beloved When Calls the Heart do in fact correspond!

Unfortunately, it also includes the fact that this book is the third and FINAL book in the “Return to the Canadian West” series…  I certainly hope that this is not a forecast of the third television season of WCTH being the final one, but I suppose we will have to wait and see – and believe that the stories of Hope Valley will continue for many seasons to come!