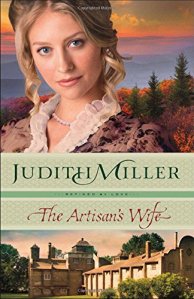 I don’t usually recommend picking up a book located in the middle or at the end of a series without having read the earlier stories, but I recently did exactly that… “The Artisan’s Wife” was written by Judith Miller and published by Bethany House in 2016, as the third and final installment in the “Refined by Love” series. Although numerous references were made to the earlier stories (because each book is about a different member of the same family) “The Artisan’s Wife” still stood strong all on its own, and gave just enough explanation to make the recurring characters understandable without re-telling their entire stories! END_OF_DOCUMENT_TOKEN_TO_BE_REPLACED