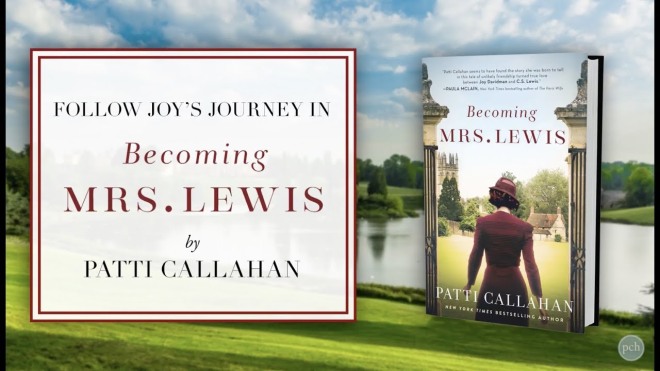 I had high hopes for a new book written by Patti Callahan and published by Thomas Nelson. “Becoming Mrs. Lewis” promised to be a “masterful exploration of one of the greatest love stories of modern times” – the one between C.S. Lewis and Joy Davidman. What I actually discovered, however, was a story so ridden with inappropriate and downright yucky content that I was unable to finish the book.

To be clear, “Becoming Mrs. Lewis” is a well-written and thought-provoking novel that seems to be based, at least to a certain extent, on the real relationship between C.S. Lewis and Joy Davidman. The problems arise in the details of the behind-the-scenes relationship story… END_OF_DOCUMENT_TOKEN_TO_BE_REPLACED

Fantasy novels are a huge leap outside of my comfort zone… There, it’s out in the open and we are all aware of it! Therefore, when I accidentally received a new fantasy novel for review from Revell, I was a little apprehensive about this unfamiliar genre. In the end, though, it was an enjoyable experience. “The Edge of Over There” was written by Shawn Smucker, and is actually a sequel to his previous book entitled “The Day the Angels Fell”. I had not read this pre-story, and while I think it would have been helpful in fully understanding the continuing saga, there was enough history sprinkled throughout the pages for newcomers to follow along as well. END_OF_DOCUMENT_TOKEN_TO_BE_REPLACED