I have long been waiting for the second installment in Mary Connealy’s “High Sierra Sweethearts” series from Bethany House, ever since the first story released earlier this year. “The Reluctant Warrior” picks up right where “The Accidental Guardian” leaves off, and reveals the stories of two characters who we’ve already become acquainted with. 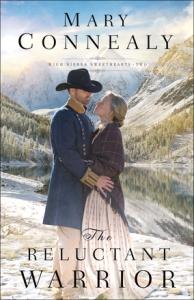 “The Reluctant Warrior” continues the saga of two sisters and two young children who survive a wagon train massacre near the Sierra Nevada Mountains. Older sister Deb’s story is revealed in “The Accidental Guardian”, and this time it is younger sister Gwen’s turn. Gwen has become like a mother to the two children who survived the wagon attack, and when their guardian arrives to take them home (and the remaining murderer of the wagon train attack returns in seek of vengeance), well, things take an unexpected turn…

I greatly enjoyed the two stories I’ve read of the “High Sierra Sweethearts” series, and found them to be clean, entertaining, humorous, and compelling novels. While some readers may find the stories a little slow-paced and overly wordy, I found the intricate details really helped the stories come to life in the my imagination. Yes, a lot of the novel takes place inside a snowbound cabin, but that is the perfect opportunity for character growth!

If you enjoy Christian Historical Fiction, especially with a western setting, I definitely recommend “The Reluctant Warrior”. With two installments so far and another one on the way, the “High Sierra Sweethearts” series promises both heartwarming and heart-pounding moments, a realistic setting, and compelling characters. So step back in time, to a ranch high in the Sierra Nevada Mountains with a deep blanket of snow covering the ground… All seems to be peaceful as the world sleeps – but looks can be deceiving! 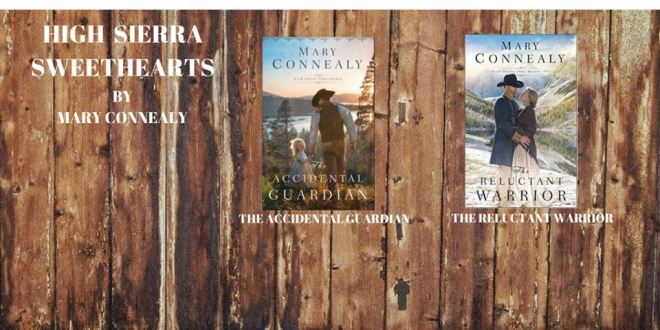