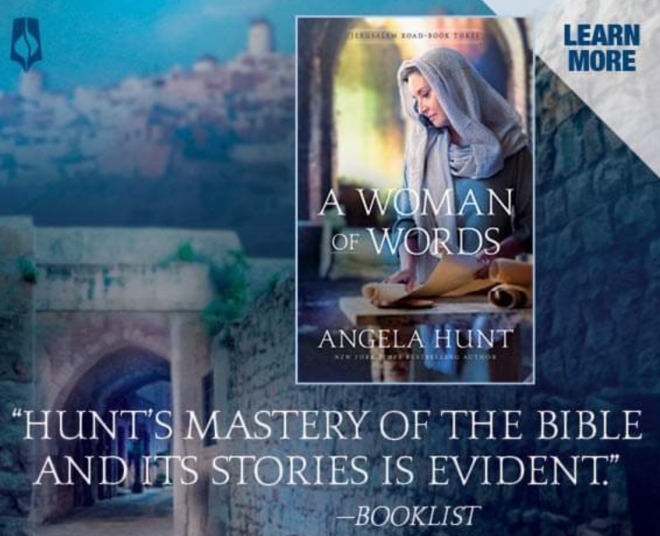 I wasn’t sure what to expect with this new Bethany House release from Angela Hunt, but it ended up being the most thought-provoking novel I’ve read in a long while.  “A Woman of Words” is based on the lives of two fascinating people from the New Testament, and an unlikely pair of narrators – Mary, mother of Jesus, and former-tax-collector-turned-disciple, Matthew.

“A Woman of Words”, while fictional, causes us to pause and ask ourselves – where did the writers of the first four books of the New Testament find their information about Jesus’ younger years, and even the events that occurred shortly before His birth?  Who would have been witness to His entire life, and could have been alive after His death to share their stories?  One obvious answer is: His mother!  And that is the thread that begins to weave this story together…  With careful research, masterful storytelling, and a bit of creative license, Angela Hunt brings the story of Mary’s later years to life while simultaneously giving a voice to Matthew, one of the twelve disciples, several years after Jesus’ death.

One of the most thought-provoking aspects about this story is the theological debates the characters have – remember, this is before they had a New Testament to study.  In fact, they were writing the foundation for the Gospels!  And so the theology they discuss is fascinating and profound, and Angela handles it all with grace and wisdom.  I honestly found this book to be as inspirational as a non-fiction devotional, and just as challenging and insightful.  (Be sure to read the Q&A with the author at the back of the book, for an in-depth look at what was fact and fiction in the story).

If you enjoy Biblical Fiction that is deeply profound and masterfully written, I highly recommend “A Woman of Words”.  Although it is part of a series, it can definitely be read as a standalone novel, but if you are like me you will probably want to go back and read the rest of the “Jerusalem Road” series right away! 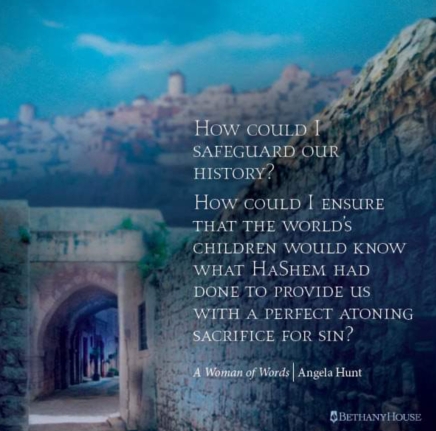 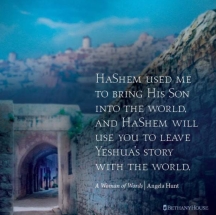 One thought on “Fascinating and Profound New Biblical Fiction from Angela Hunt!”