It’s not every day that the second or third book in a series outshines the first. . . However, I’ve just finished a story which provides proof that it can happen! The “Prince Edward Island Dreams” series, written by Liz Johnson and published by Revell, began with “The Red Door Inn”, followed by “Where Two Hearts Meet”, and has just concluded with the best installment of them all: “On Love’s Gentle Shore”. Released in July of 2017, and obviously set on Canada’s smallest province of Prince Edward Island, this book was a must-read for me during the month of Canada’s 150th birthday. 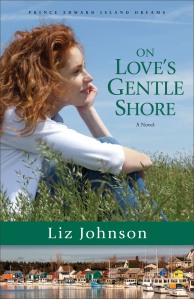 “On Love’s Gentle Shore” combines all the best elements of Christian Contemporary Romance—sweetness, sincerity, faith, hope, healing—with the most beautiful, endearing, whimsical setting imaginable: Prince Edward Island! Honestly, the Gentle Island is like a third protagonist to the story, providing an irresistible charm that draws readers in and won’t let them go until the end. Of course, this story is also a winner because the people-characters are extremely well-drawn and in-depth, and are so easy to relate to on many levels. Readers will journey along with Natalie and Justin as they find their hearts, souls, and minds challenged, and uncover the truth not only about their past but also about trust, forgiveness, identity, and love.

So what are you waiting for? If you are looking for a sweet, heartfelt tale to read this summer, especially one that is a tribute to the 150th birthday of our great nation, don’t miss “On Love’s Gentle Shore”! It will capture your imagination, warm your heart, and transport you across the miles to a beautiful little Canadian province known as Prince Edward Island.

I received this book free of charge for review purposes. All opinions expressed are my own. 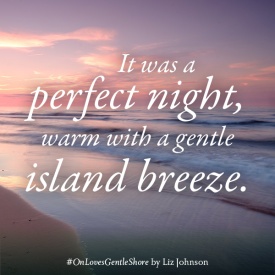 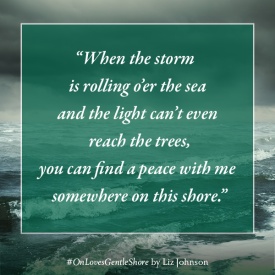