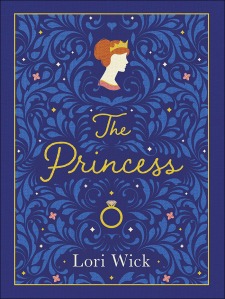 When a special 20th Anniversary Edition of “one of the most beloved Christian romance novels of all time” released, and I had never read it, I immediately knew what was next on my TBR list! “The Princess” was originally written in 1999 by Lori Wick and quickly became a bestselling classic, with more than 275,000 copies sold. In March of 2019, Harvest House Publishers re-released the story in a gorgeous hardcover keepsake edition, complete with ribbon bookmark and foil-adorned cover. Now a new generation of readers, myself included, can enjoy the gentle love story set in the fictional land of Pendaran.

With a sweet and simple writing style and vivid characters, “The Princess” brings to life the story of a regular woman and a widowed prince who agree to an arranged marriage in the hope (but not assurance) that feelings of love will come eventually. When unexpected trials come their way, Shelby and Nikolai realize that true love begins as a choice, and while following God comes at a cost, it is always worth it in the end.

Although written 20 years ago, Lori Wick’s classic novel contains timeless themes and a magical feeling that are still very enjoyable today. One of the first things I noticed is the point of view is third-person omniscient, which means the narrator (and therefore the reader) knows the thoughts and feelings of all the characters in the story, rather than just one or two. This was unusual for me, but very interesting and effective. I also noticed that while the story remains relatively clean (as promised in the synopsis), it is still a ‘marriage of convenience’ novel, which leads to occasional scenes and descriptions being somewhat uncomfortable to read.

Overall I can definitely see why the themes, characters, and simple but fairytale-ish feeling of “The Princess” has endured for 20 years, and is now available for a new generation of young women to enjoy. It is one of those stories that stays with you, and can be re-read with something new revealed each time. Whether you enjoyed “The Princess” when it first released 20 years ago, or have never read this classic ‘princess story’, I suggest finding a copy of this beautiful keepsake edition. Spend an afternoon being transported to the land of Pendaran, where Princess Shelby and Prince Nikolai’s love story is revealed as a beautiful plan that was orchestrated by their Heavenly Father.

This book was provided courtesy of Harvest House Publishers, in exchange for my honest review. 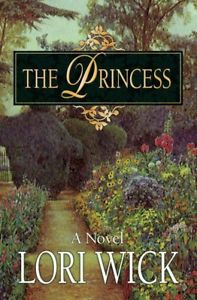 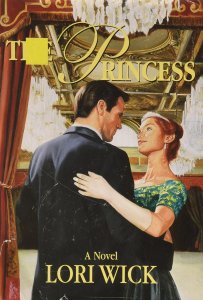